Drama at the Dobbie 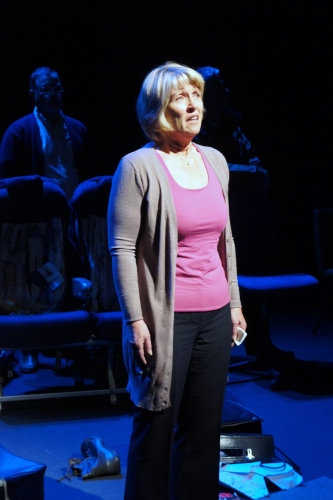 Tryst are involved in a popular drama festival this weekend in Larbert's Dobbie Hall.

Grangemouth’s Young Portonians and Tryst are competing for a place in the next round which will be held in Edinburgh in April.

First to perform are the Young Portonians with The Audition by Don Zolidis. In this comedy a new drama teacher is bringing a production of A Chorus Line to the high school. Though the hopefuls range from shy to outrageous, and from diva-like to determined, everyone has a chance to step into the spotlight. It’s described as a hilarious and heartbreaking look at the madness of auditioning and the actors who brave the process for that perfect part.

Tryst will close the festival with "The Lockerbie Bomber" by Larbert writer Kenneth N. Ross. It’s an emotional and soul-searching drama about the Lockerbie disaster which claimed 270 lives when a jumbo jet crashed in the Scottish town in 1988. The actors are Carol Clark, Jim Allan, Alan Clark, Rhona McColl, Brian Paterson and Craig Murray.

The adjudicator is Falkirk’s Brian Marjoribanks who will comment on the plays and award the trophies at the close of the festival.

SCDA District Chairman Frank Murray said: “The annual SCDA festival is always eagerly awaited by our audiences because of the variety of the plays on offer and the quality of the performances. This year offers two contrasting plays which will make for a fascinating evening.”

This Scotland-wide Festival is sponsored by the Scottish Building Society.