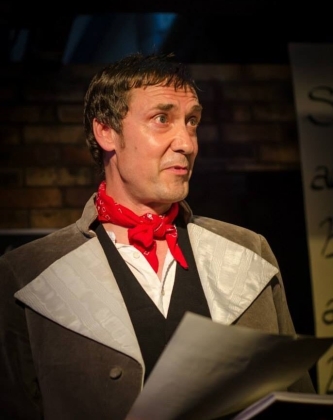 Falkirk’s Tryst Theatre is staging a new play about Robert Burns in Alloa next month.

Sparks of Celestial Fire is on at the Coach House Theatre, 26th-28th September at 7.45 pm nightly.

Romantic, riotous and raunchy, it mixes music, comedy and verse to paint a vivid picture of Burns' astonishing life.

The play charts Burns’ remarkable life - from his humble origins in Ayrshire to Edinburgh stardom and his untimely death in Dumfries.

Larbert writer Kenneth N. Ross explained: “This is a classic Scottish tale of love, lust, ambition, triumph, ruin and redemption. Like Greek tragedy, but with tighter trousers and catchier tunes!


“The title of the play comes from a remark by one of Burns’ friends who said his verses were like “sparks of celestial fire”.

“Burns was undoubtedly a genius. He’s a one-man eighteenth-century hit factory thanks to the hundreds of songs he wrote, and today he’d be revered as a modern-day rock star.

“And he’s still huge worldwide. He has been translated into more than fifty languages, from Hebrew to Urdu. There are more than two thousand published editions of his works. Nine hundred biographies. More statues have been erected globally to Burns than to Shakespeare.

“In the play he's portrayed by award-winning actor Brian Paterson who is just brilliant in presenting the many sides of Burns' complex character.

"It’s a fun show which celebrates some of the highlights of his unique life in words and song.”