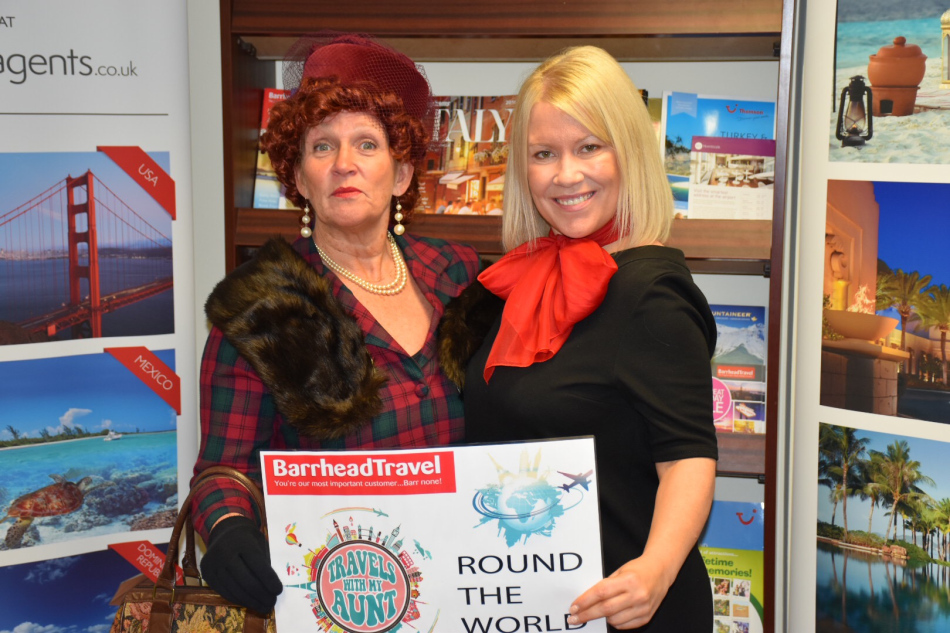 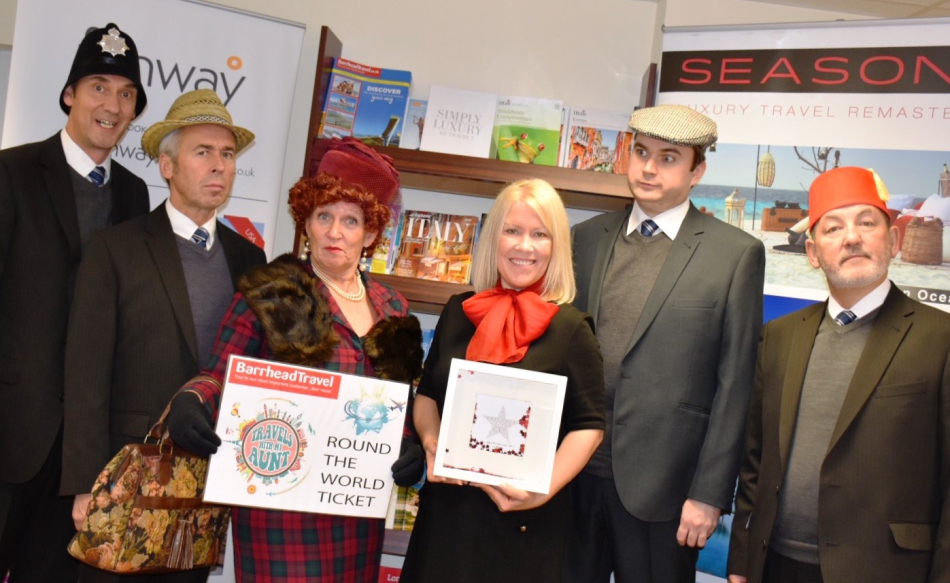 An award-winning Falkirk travel agent is helping local actors with their round-the-world romp that starts this Sunday...in Alloa!

Joanne Davidson has just won Barrhead Travel’s Top Travel Agent award, making her the most successful travel agent in the country this year.

And Joanne, a member of the town’s Tryst Theatre, was the obvious person to help her fellow actors plan their travels for their new play.

Travels With My Aunt tells the story of retired bank manager Henry Pulling and his adventures with his eccentric Aunt Augusta which eventually take him to South America via London, Paris, Rome and Istanbul.

Based on the novel by Graham Greene, it was adapted for the stage by former Citizens' Theatre Director Giles Havergal. It was a West End hit, winning the Olivier Award for Best Play in 1993 and was also made into an Oscar-winning film in 1972, starring Maggie Smith as Aunt Augusta.

Joanne said: “I was thrilled to win this top award from Barrhead Travel...and I’m also delighted to help my fellow actors with their travels that start in Alloa on Sunday.”


Travels with my Aunt is on at Alloa’s Coach House Theatre on December 6th, 7th, 8th and 9th at 7.30pm nightly. Tickets, £10, are now available online.