Bouncing Behind The Wall! 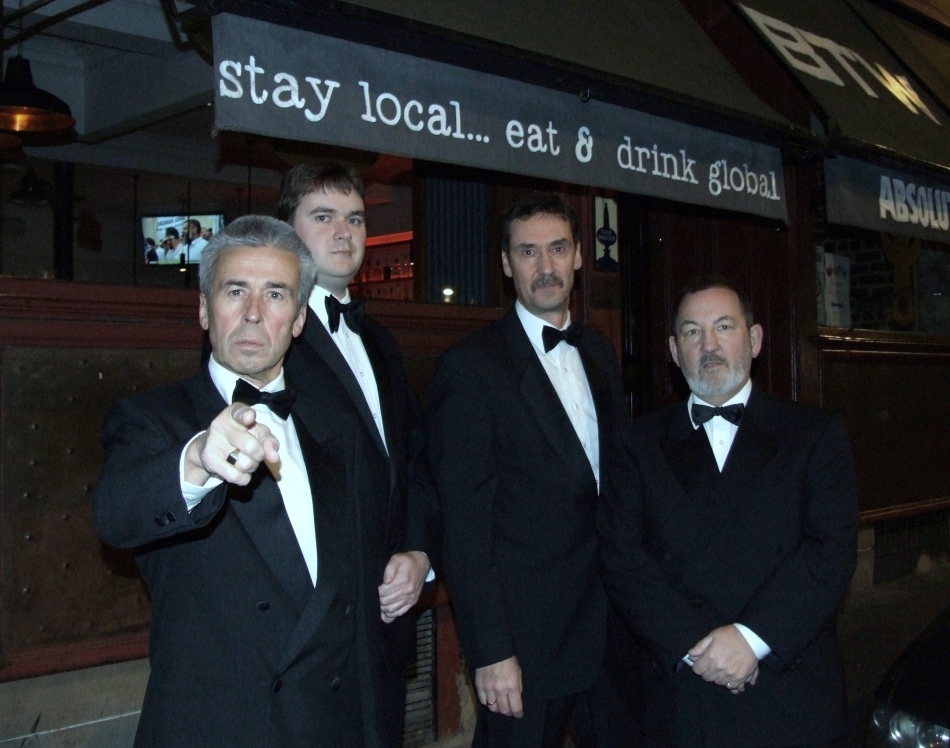 Falkirk’s Behind the Wall has hired four scary new doormen...but for one night only.

The four were putting the finishing touches to the characters they’re playing in a rib-ticklingly funny comedy in Larbert’s Dobbie Hall next week.

Described as “outrageous five-star X-rated hilarity”, Bouncers by John Godber is the tale of one Friday night in a Northern nightclub, with the non-stop action focusing on the exploits of the four men and their drunken customers.

In the tatty club we meet the raucous lager-swilling lads, the flirting, tipsy girls...even the smooth-talking DJ, the hairdresser, the late-night kebab man and many more. In all the talented quartet play over fifty different parts and handle a multitude of quick changes.

Jim, who also directs, said: “A classic comedy about modern city nightlife, Bouncers is rude, crude and fantastically funny. It’s like watching four stand-up comedians as the jokes come thick and fast. And many thanks to Behind the Wall for letting us be trainee doormen for a night.”