Play with a Pizza Pie 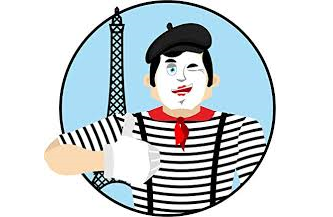 Something new from Tryst in Behind the Wall for 2020.

This is tasty! Behind the Wall has teamed up with Tryst to give you a quirky new way to see a play this February.

Upstairs at Behind the Wall is The Pizza Pad…and the idea is that your ticket gets you a specially-created BTW pizza pie, a drink…and an hour-long fun play performed by Tryst.

Bet and Al lead boring lives in their Yorkshire home until Bet wins a 'Romantic Breaks' competition in a magazine. The prize, a weekend in Paris, is their first experience abroad…and they’re like fish out of water! In this laugh-out-loud depiction of clueless Brits abroad, they try French cuisine, wrestle with their phrasebook, visit the red light area and even fend off would-be muggers on the Metro.

There will be a different new play from Tryst every three months in Behind the Wall, so watch out for performance dates in May and September next year.

This amateur production of April in Paris is presented by special arrangement with SAMUEL FRENCH LTD, a Concord Theatricals Company.