A Night With Tryst At Falkirk Arts Festival - Sept 23-25 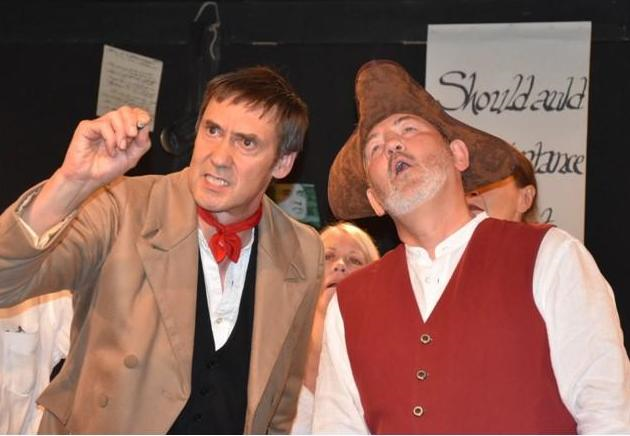 They’re staging two short plays in Behind the Wall September 23, 24 and 25 at 7.30 pm, both written by local writers.

We open with Shells by Falkirk writer Howard Sargeant. It tells the poignant story of Allie, Bel and Cat who haven't seen each other for years. When they do catch up, there's no shortage of stories to tell: tales of loss, frustration, and satisfying middle-aged sex.

But some tales are too dark to tell ... even to your best friends.

The supremely talented Carol Clark, Rhona McColl and Jean Kendall take the starring roles and Brian Paterson is the suave support. Expect laughter, a few tears, and some inventive swearing.

It’s paired with Burns from Bard to Worse by Larbert writer Kenny Ross, and the terrible pun in the title makes the point that it’s definitely going to be played for laughs!

It’s a refreshing new take on the incredible life story of Robert Burns, the People’s Poet, in all his colourful and contradictory glory. Hilarious and heartwarming, with jokes and one-liners galore, we go in sixty minutes via his humble beginnings in Ayrshire to the bright lights of Edinburgh, his embarrassing visit to Falkirk, the adulation and the stardom, to his tragic early death in Dumfries. And of course, the women in his life!

Brian Paterson is absolutely brilliant as Burns and he’s supported by Carol Clark as Jean Armour and six narrators. Told through his songs and poetry, with live music from Falkirk stalwart Ian Scott and his band Chapter Three, this is a must-see for anyone interested in Scotland's favourite son...and keen to have a good laugh into the bargain.

Burns in Behind the Wall – we’ll drink to that!