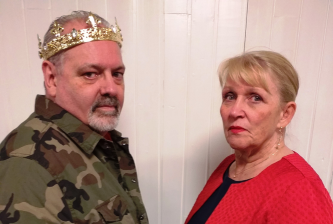 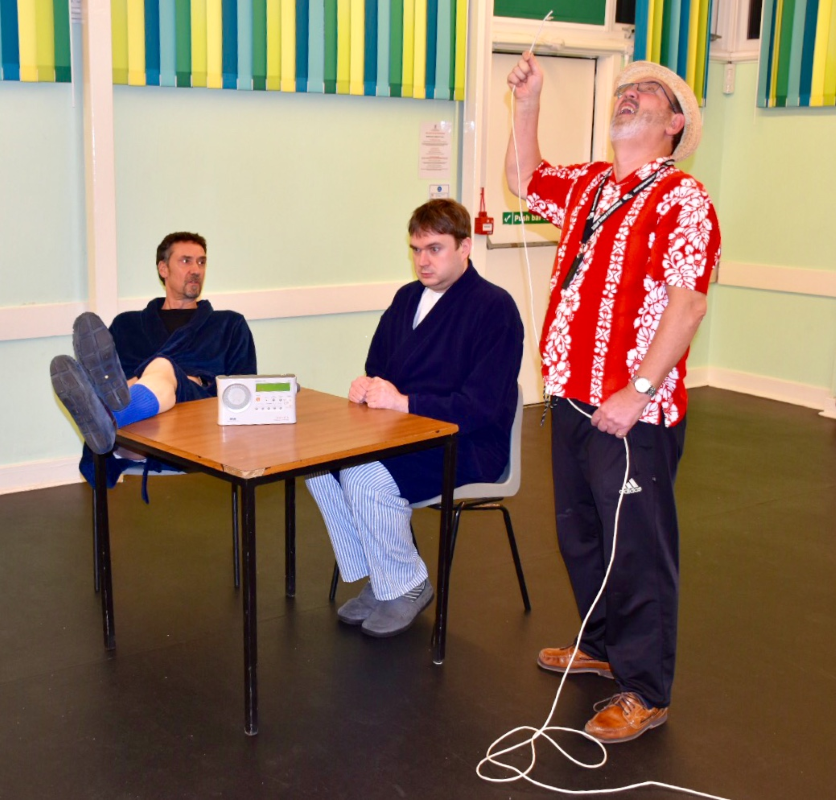 .... the new follow-up to last year's Death and Deckchairs double bill which showcased Antigone and September in the Rain.

Macbeth, Shakespeare’s dark and chilling play, is re-told in a 60-minute, heart-pounding modern-day version by Tryst. Gripping, intense and terrifying, the play is a classic tragedy of ruthless ambition and twisted obsession. Macbeth seizes the Scottish throne with the help of his psychotic wife and a trio of witches, spiralling downwards ultimately into guilt, madness and death. David Webster is Macbeth, Carol Clark is Lady Macbeth plus a large supporting cast of twelve. Alan Clark directs.

It’s paired with PVT Wars by James McLure, a brilliant short comedy about three psychiatric patients in a veteran's hospital who are recovering from Vietnam War injuries. We see the three men in a series of hilarious episodes that create snapshots of their everyday life while also showing that they are broken, frightened and desperately lonely. It does not dwell on the war but rather on the small talk that conceals the anguish and fears of the patients. It stars Jim Allan, Brian Paterson and Brian Tripney. Jim Allan directs.

Tickets, £11 each, are available online now at www.ticketsource.co.uk/trysttheatre