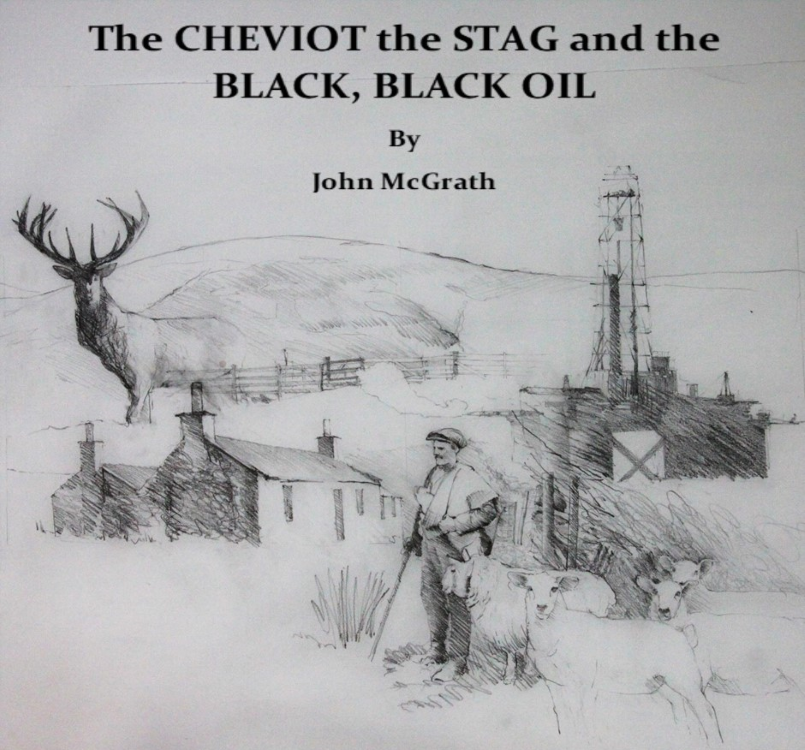 ... with the theatrical equivalent of a Proclaimers gig!

Tryst to revive John McGrath’s The Cheviot, The Stag and The Black, Black Oil.

Falkirk's Tryst Theatre celebrate their fortieth anniversary this year...and the play they’ve chosen to highlight this milestone comes from the same decade they were formed.

Premiered in 1973 by the 7:84 Theatre Company, John McGrath’s The Cheviot, The Stag and The Black, Black Oil is an epic, angry and innovative account of the exploitation of the Scottish people.

In its day the play revitalised theatre. It’s a vivid, passionate Scottish history lesson about a subject that’s often swept under the carpet – the Highland Clearances.

Writer and critic Joyce McMillan said it’s arguably the single most important show in the whole history of Scottish theatre.

Described as “a ceilidh play”, it tells the story of how Scottish people have been consistently dispossessed since the eighteenth century. By mixing elements of farce, satire, poetry, pantomime, music hall, Gaelic song, country and western and dance, the play is far more fun than its serious subject matter would suggest.

One critic said it’s the rousing theatrical equivalent of a Proclaimers gig!

The 7:84 name comes from a 1960s statistic that pointed out only seven per cent of the UK’s population owned eighty-four per cent of its wealth. So McGrath’s clear aim was to stage radical, popular theatre with a strong political message.

Tryst Director Jim Allan said: “We’re delighted to celebrate our fortieth anniversary with this great play that gets standing ovations everywhere it goes.

“Its central theme is control of Scotland’s natural resources and it remains as relevant today as it did over forty years ago.

“Simultaneously surreal, hilarious and deeply moving, it’s a fantastic piece of agit-prop theatre which covers two hundred years in two hours, taking us from the forced emigration of rural Highlanders via the stag-hunting upper classes to the mad rush for oil in the North Sea.

“McGrath wanted to offer a good night out to people who don’t usually go to the theatre and he succeeded brilliantly, presenting the story in an accessible and entertaining way.”

Tryst Chairman Frank Murray added: “There’s a nice local connection, as one of the first performances of 7:84’s play was in Falkirk’s old Callendar Park College of Education in 1973. So Falkirk’s getting another chance to see it forty-five years on!”

Tryst’s The Cheviot, The Stag and The Black, Black Oil will be staged in Falkirk Town Hall’s Studio Theatre on Friday 26, Saturday 27 and Sunday 28 October at 7.30pm. Tickets, £12, are available now from www.ticketsource.co.uk/trysttheatre