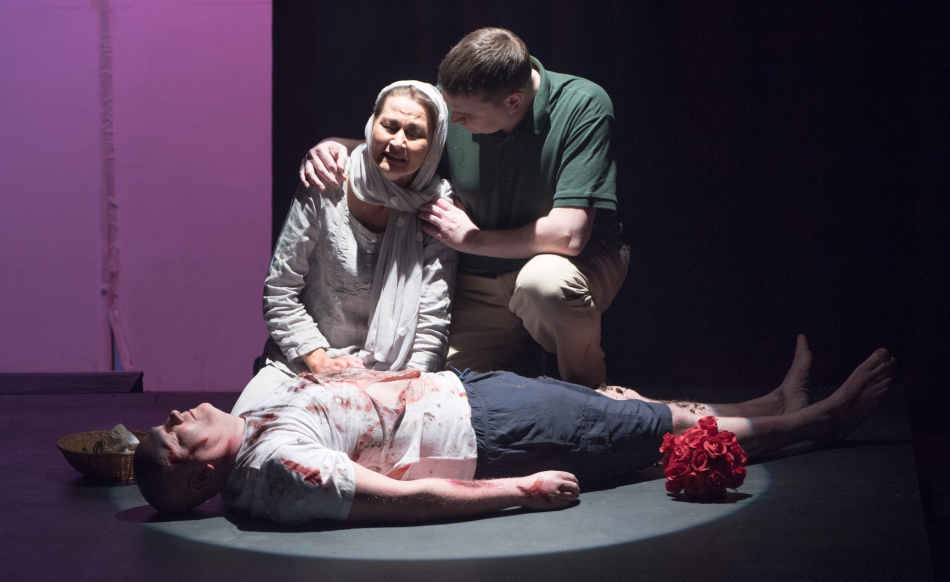 Tryst’s next performance of Antigone will be in Killin’s McLaren Hall on Thursday 22nd March.

It’s one of nine plays showcased in the three-night Eastern Divisional round of the 2018 Scottish Community Drama Association’s annual festival.

Based on Sophocles’ Greek tragedy written in 441BC, Antigone is a play about a sister’s struggle for her brother’s burial, her challenges with those in authority and her fight for justice against the state.

Our picture (thank you Walter Hampson) shows Antigone in the depths of despair. She is performing the sacred funeral rites on her beloved brother Polynices. Her fiancé Haemon turns up to console her...bringing a £1.99 bunch of out-of-date roses from a garage forecourt in Falkirk. And she's got rising damp on her back wall. No wonder she’s losing it.