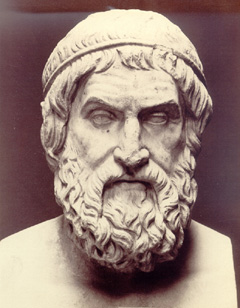 Rehearsals are under way for Tryst's new one-act play for 2018.

In post-war Thebes, a stark, authoritarian regime has taken over.
Polynices lies dead on the battlefield.
Antigone wants to bury him as the gods require.
Creon forbids it.
The scene is set for a deadly battle of wills.

Tryst’s new play by Kenneth N. Ross brings Sophocles’ tragic story from 441BC bang up to date...and the themes are timeless – the all-powerful state versus the defiant individual, the rule of law more important than family.

In this new, pared-down 45-minute production, the characters double up as The Chorus.

More information about rehearsals, pictures and performance dates and places will follow in the weeks ahead.