New Comedy at the Alman brings Laughter and Tears 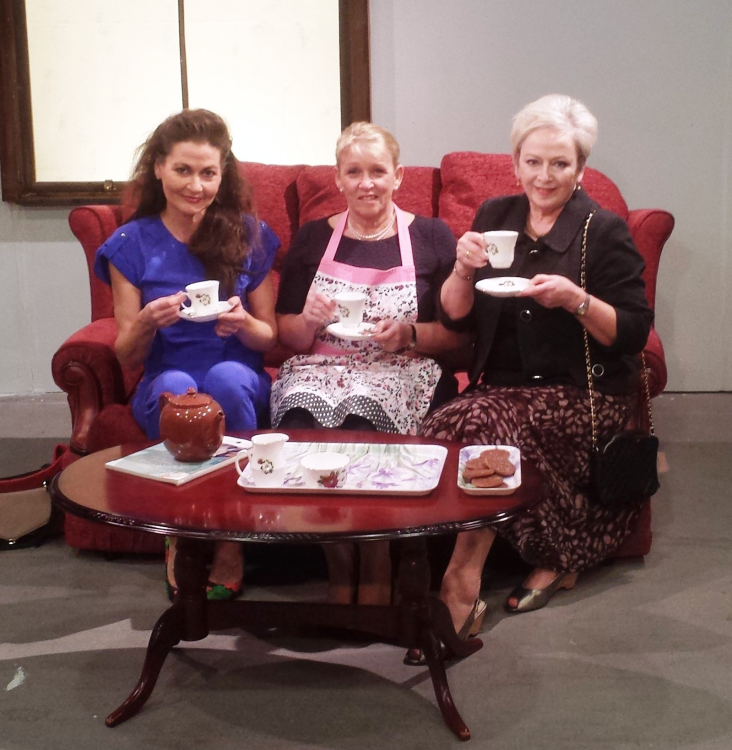 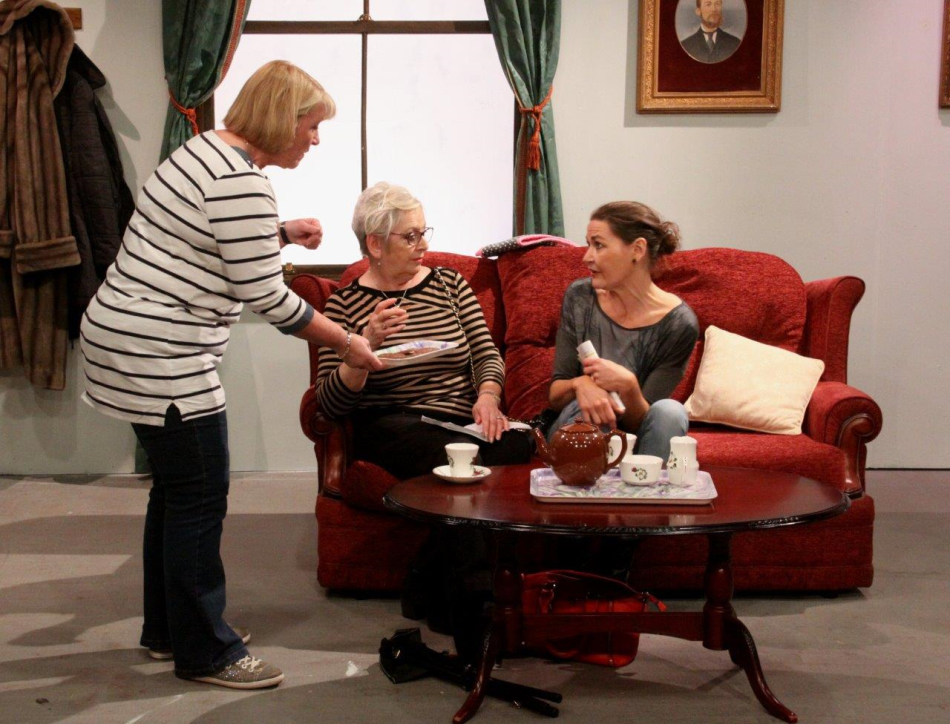 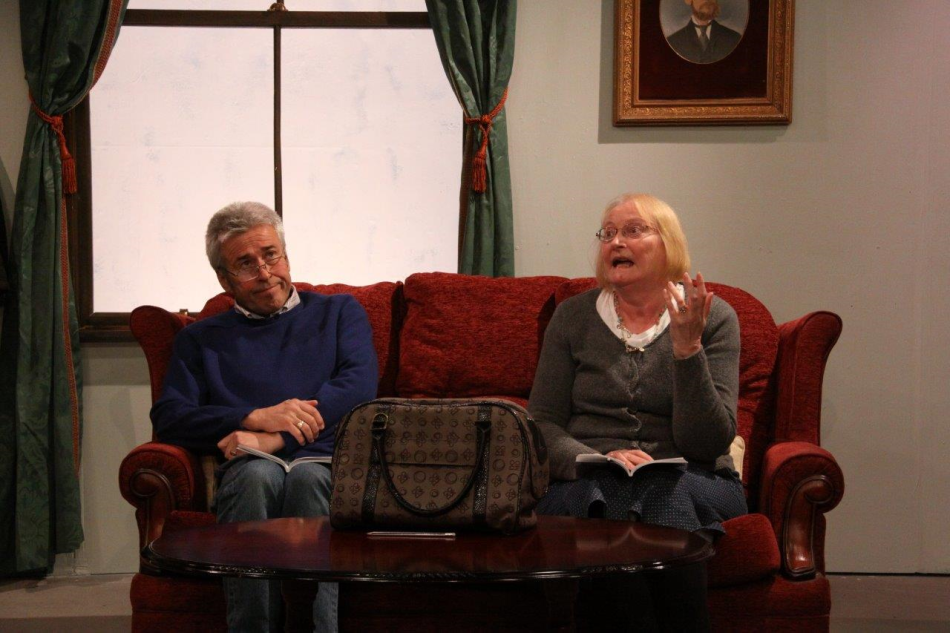 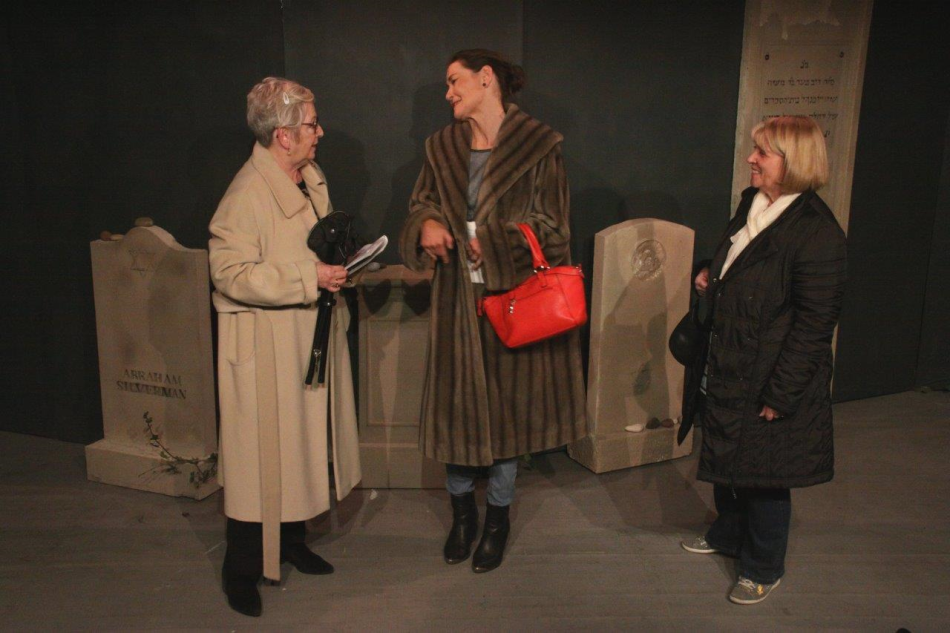 The Alman Dramatic Club’s latest production is The Cemetery Club, Ivan Menchell’s fantastic Jewish-American comedy, which will run from 23 to 29 April in Alloa’s Coach House Theatre.

The award-winning play centres on three Jewish widows in their late fifties and early sixties in New York who meet once a month for titttle-tattle and tea before going to visit their husbands’ graves.

This sad ritual connects and strengthens them but also invites wonderful jokes and one-liners about how each is handling moving on and what it means to want more from life.

The three ladies are quite different. Ida (played by Carol Clark) is sweet-tempered and ready to consider beginning a new life with someone new, Lucille (Rhona McColl) is a frisky, spirited lady who just wants to have fun with men while grave-tending Doris (Jean Kendal) is dull and totally devoted to her late husband.

While visiting the graves they meet Sam (Alan Clark), a widowed butcher, who soon puts their friendship to the test. Alman stalwart Senga Awlson plays interloper Mildred, who also has designs on Sam.

The play has won rave reviews. The Washington Post said: “An evening of pure pleasure that will make you glad you went to the theatre."

It was made into a film in the 1990s starring Ellen Burstyn, Dianne Ladd and Olympia Dukkakis.

The Cemetery Club marks the Alman Dramatic Club’s 228th play in a later slot than usual for its Spring production after the withdrawal of the previously advertised Blithe Spirit.

Director Jim Allan said: “The Cemetery Club is a sort of “Golden Girls”...but with headstones!

“It’s a fantastic New York Jewish comedy and will be a hilarious treat for our audience. It’s the first time in a long time that this type of play has been performed by the Alman and I’m delighted to be able to stage it at the Coach House Theatre.

“The cast are enjoying getting their teeth into some lovely New York humour and the set is coming on well. We look forward to welcoming our audiences for an evening of laughter later this month.”

Gerry Docherty, Artistic Director of the Alman Dramatic Club, said: “We’re very much looking forward to staging this warm and humorous play which is a bittersweet story about love, relationships, friendships, growing old and the nature of grief. It promises lots of laughs...and the occasional tear.

“We’re always on the look-out for new members who want to be involved with a theatre group, and the more we have, the greater the scope of productions we can consider. So if you’re interested in joining us, please get in touch.”

The shows will run at the Coach House Theatre in Alloa, from Sunday 23rd April to Friday 28th April at 7.30pm. There will also be a matinee performance at 2.30pm on Saturday, 29th April.

For tickets, priced £10, go to www.thealman.com